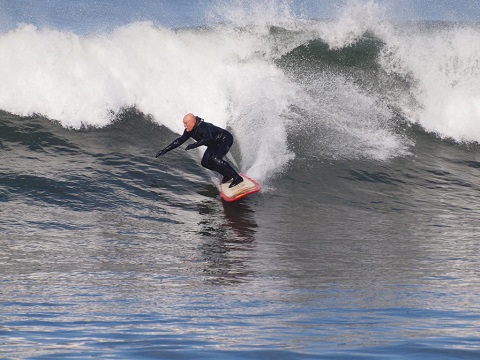 In October of 2014, as Dallas was swimming laps, he tried reaching for the pool wall with his right arm, but his arm decided it didn’t want to work anymore. He got out of the pool, knowing something had to be done. He had a fellow surfer and physical therapist examine the shoulder and he was immediately referred to Dr. Brad Butler.