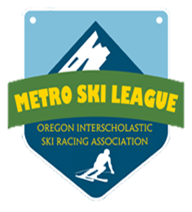 If you have any questions regarding the Knee Training Zone, please email kneezone@oandfs.com.

Since the passage of Title IX of the Educational Assistance Act, female participation in high school level athletics has increased from 0.3 to 2.8 million. With this increased participation female injuries have risen to parallel their male counterparts in most areas. Knee injuries, however, in female athletes have increased at a percentage far exceeding males in the same sports. Numerous studies have demonstrated a 4-6x greater incidence of knee injuries in female athletes as compared to their male counterparts in sports involving cutting and jumping activities. (1, 2, 3, 4, 5).

Anatomical differences between the female and male athlete such as height, thigh length, pelvic width, and femoral notch width have all been studied with variable demonstrated relationships to ACL injuries. However, these variances are not modifiable by training program design and thus not part of a prevention program (6,7,8). Hormonal differences, specifically those related to the phases of the menstrual cycle have demonstrated conflicting results in relation to ACL injury risk. (12, 13, 14, 15) This risk is difficult to safely manage and has several potentially negative effects. Therefore, this is not part of our program. Other areas not addressed in this program are shoe type and surface type. There has been much speculation surrounding surface type, however, review of the literature demonstrates no consistent pattern for ACL injury rates with shoe-surface interaction. (17, 18, 19) Neuromuscular components, such as strength and flexibility relationships, timing of muscular firing patterns and biomechanics of motion, specifically knee valgus angles, have been studied extensively in the literature as to their influence on the rate of ACL tears and are considered modifiable by training technique (10, 16). It is these components that are the focus of prevention and rehabilitation programs.

Retrospective analysis of ACL injuries through video analysis has demonstrated a common body position associated with non-contact ACL injuries. The knee is close to full extension, foot planted, tibia is in relative external rotation, and as deceleration occurs there is a valgus collapse of the knee.(9). Through video tape analysis, Teitz (20) reported similar findings. In handball studies, Olsen et al (21) reported similar valgus knee angles. Several authors (22, 23, 24, 25), have demonstrated a sex-related tendency toward females to have an increased reliance on knee ligaments versus muscular strength to absorb ground reaction force during sports maneuvers, termed ligament dominance. This involves a combination of motions in all three lower extremity joints, including hip adduction and internal rotation (26), increased knee-valgus angle(27), increased tibial external rotation and anterior translation, and increased ankle eversion.(9, 20). In a prospective study of 205 healthy female athletes Hewett et al,(28) demonstrated that those female athletes displaying increased dynamic knee valgus, high abduction loads, decreased maximum knee flexion angles at landing, and the favoring of a dominant leg with landing analysis, went on to have a greater occurrence of ACL injuries. In the injured athletes knee, abduction angles were 7.6 degrees greater at maximum, the maximum knee flexion angle was 10.5 degrees less. The knee abduction angle variance in leg-leg comparison for the injured athlete was 6.4 times greater than the uninjured athlete. Overall the knee abduction moments which contribute to ligament dominance in landing and dynamic knee valgus angles demonstrated a specificity of 73% for predicting ACL injury status. In a study of 1263 athletes by Hewett (4), athletes following a designed training program focused on landing technique were able to significantly reduce non contact ACL injuries compared with controls. The untrained group demonstrated an injury rate 3.6 times higher than the trained group. It is well demonstrated that biomechanics training focused on reducing the dynamic valgus knee angle with landing and cutting should be a point of emphasis in ACL prevention programs.

Hewett (22) and Huston (29) have suggested that increased hamstring flexibility in the female athlete may be partially responsible for the gender inequities in dynamic knee control. During early foot strike hamstring laxity may lead to a delay or absence of co-contraction of the quadriceps and hamstrings which is key to dynamic knee stability specifically the reduction of anterior shear force created by the quadriceps contraction. (30) Decreased hamstring strength, due to the lack of development in female athletes compared to their male counter parts during the pubescent years, has been consistently demonstrated to occur and is speculated to be a primary cause of increased ACL injury risk in post-pubescent female athletes (22, 28, 31, 32). Ahmad (33) tested “The Effect of Gender and Maturity on Quadriceps-to-Hamstring, Strength Ratios and Anterior Cruciate Ligament Laxity” in a study of 53 female and 70 male recreational soccer players, ages 10 to 18 years of age. Boys and girls, with increasing maturity, demonstrated significant increases in quadriceps strength. Boys, consistent with their quadriceps development, demonstrated a significant (179%) increase in hamstring strength. Girls, however, demonstrated a marked reduction in their hamstring strength development (27%), compared to their quadriceps development. Overall strength and flexibility, poor quadricep to hamstring ratios and the neuromuscular firing patterns between the two necessary to create the proper co-contraction at the knee, are significant factors in the ability to control the dynamic knee valgus angle and anterior tibial translation needed to safely decelerate from an impact. Review of literature suggests no evidence of a difference in ACL injury rates in prepubescent athletes based on sex (34, 35, 36, 37). Studies also have demonstrated that the quadricep to hamstring strength ratios in prepubescent athletes are not statistically different between male and female athletes (33). The literature strongly suggests including hamstring strengthening in an ACL injury prevention program.

It is well established that an increased dynamic valgus angle witnessed at the knee during landing and cutting activities is a culprit in non-contact ACL injuries in females. (38) With the mass of the body above, a fixed foot below, in closed chain activities, such as landing and cutting, the knee is said to be “’slaved’ to the moment produced at the hip.” (6) The hip musculature including the gluteus maximus, medius, minimus, the posas and deep rotators have a profound influence on the position of the femur relative to the pelvis and the ability of the biarticular muscles (the hamstring and quadricep) to provide dynamic knee stabilization. (6, 41) Female athletes tend to land and cut from a more upright position either from poor training or in an attempt to compensate for a relative weakness of the hip extensors. This landing position reduces the force that can be generated by the gluteal muscles from the stretch-shortening cycle that a more flexed trunk position would provide. This reduction in force would decrease an athletes’ explosive power into extension as well as reduces their ability to control the dynamic valgus angle of the femur. If the gluteal force is reduced, an increased load is transferred to the psoas as a secondary femoral external rotator. If the lumbar spine is in lordosis with an anterior pelvic tilt, however, the psoas is placed in a position of passive insufficiency reducing its effectiveness in this role. Simply, positioning the pelvis in anterior pelvic tilt, but with the trunk in an upright position would not seem to generate a comparable stretch-shortening cycle on the gluteal musculature that a flexed trunk would.

When looking at the ankle and foot one must consider the full kinematic chain of reaction from the lumbar spine down and the ground up. When considering othotics to assist in reduction of injury and load to the knee and or foot the proximal strength patterns and body mechanics must be evaluated first. For valgus stress reduction, a foot that is compensating for poor mechanics and reduced hip strength rarely should have external orthotic support, or this support should be mild and temporary, removed when the proximal strength and mechanics are such to decrease the load to the foot. Increased pronation at the foot has shown variable correlation to ACL injury risk. If a foot is demonstrating increased pronation due to poor hip strength and proximal mechanics, bracing the foot with an orthotic will likely increase the load to the “slaved” (6) knee, as the foot is now reduced in its ability to assist in proximal valgus stress absorbtion through pronation. Often the pattern observed is poor proximal strength and mechanics, increased dynamic knee valgus angle, and pronation. At times there are instances when the foot alignment is such that an orthotic is warranted, however, this is the case with an structural misalignment or a foot that has collapsed due to chronic load, the later rarely being the case in the young athlete.

Several programs have been designed to assist in improving the neuromuscular response of female athletes to decrease their rate of knee injuries. In a Meta-anaylsis of Neuromuscular Interventions Aimed at Injury Prevention, Hewett et al (38), identified six published interventions targeting ACL prevention in female athletes. Three of the six studies (4, 39, 40) significantly reduced the incidence of anterior cruciate ligament injury in female athletes. Based on outcome, cost, rigor, difficulty of implementation, and compliance recommendations components that led to successful outcomes were identified.

Plyometrics, balance, and strengthening exercises are incorporated into a comprehensive training protocol; the training sessions are performed more that 1 time per week; and the duration of the training program is a minimum of 6 weeks in length.

The Orthopedic & Fracture Specialists’ Knee Training Zone program includes these critical components. It is our goal to educate and prompt sports teams in our area to include measures in their training programs to reduce the risk of ACL injury.

This training program is not intended to reflect a complete sports training program. The purpose of this program is to complement a thorough training program. This program includes a basic conditioning outline and a specific outline of those components believed to be of benefit to reduce female non-contact ACL injuries. This is a six week program performed two times per week. Depending upon the length of the season we recommend that teams follow this program 2-3 times per year preferably during the times of reduced competition (off season). During the “in season” we recommend that teams regularly include these strength activities and plyometrics in their training, however, at a reduced intensity, coordinated around games. We recommend performing the Phase I activities during the “in season”.

It is critical plyometrics are only performed after a warm-up period and performed with strict technique. Not following the appropriate technique will only foster a reliance on improper mechanics and possibly increase the risk of ACL injury. These exercises can be completed at anytime during practice as long as the athlete is warmed up.

These exercises should be completed after the plyometric training has been completed. This strength program assumes that teams must perform their conditioning on field or court. This is not intended to outline a complete training program, but includes those items that are believed to be critical to ACL prevention not often included in most training programs. If a weight room is available consult our staff for further recommendations.

The Metro Ski program should take 15 minutes to complete. Technique should be your primary focus. Videos of each exercise, as well as, videos of good and bad technique are provided for your education. DO NOT start the single leg band exercises(ex 5&6) until you have good technique without the band.(ex 3&4)

CALL 911 IMMEDIATELY IF YOU ARE HAVING A MEDICAL EMERGENCY!

The information provided on this website or through links to other sites, is for patient education purposes only and NOT a substitute for professional medical care. This website contains general, non-exhaustive information about common conditions and treatments and should not be used in the place of a visit or the advice of your physician or healthcare provider. If you think you may be suffering from any medical condition you should seek immediate medical attention. Reliance on the information appearing on this site and any linked sites is solely at your own risk.